Baikonur Cosmodrome is the largest space port in the world. Thousands of launches have taken place from here, making it the true birth place of space exploration. Worldwide it is only rivaled by Kennedy Space Center in the United States. Many ‘firsts’ in space were constructed and launched from Baikonur, starting with Sputnik, the world’s first satellite, in 1957. The first person in space, Yuri Gagarin, launched from here in 1961, as did the first woman in space, Valentina Tereshkova, in 1963. END_OF_DOCUMENT_TOKEN_TO_BE_REPLACED Baikonur Cosmodrome. Located literally in the middle of nowhere in Central Asia. Hardly an attractive or easy place to travel to. Yet on the bucketlist of most of my spacegeek-friends on social media. I have written a few posts on this place already, most recently writing a travel guide to the city of Baikonur. This post describes Baikonur Cosmodrome from the perspective of its most important visitors. For space travelers Baikonur truly is the Last Place on Earth. Next stop: Space! END_OF_DOCUMENT_TOKEN_TO_BE_REPLACED

For many people the first weeks of the year are the time to think about trips to make in the year ahead. This is also the time of the biggest annual holiday convention in the Netherlands. For me the ‘Vakantiebeurs’ has become synonymous with the beginning of a new travel season. In the past I always attended as a visitor, collecting brochures. Nowadays I also attend as a travel blogger, including the two professional travel conference days that precede the convention for the general public. So what will Vakantiebeurs 2015 have in store? END_OF_DOCUMENT_TOKEN_TO_BE_REPLACED

On October 25, 2014 KLM will operate the last commercial flight of the MD-11 passenger jet. KLM has been the only operator of the last large passenger trijet since 2012, with four of its former MD-11 fleet of eleven planes still flying. All four MD-11’s are currently exclusively operating the Amsterdam-Montreal and Amsterdam-Toronto routes. Although once a pretty common sight at any major airport, only 200 MD-11 planes have ever been built, 53 of which in an all-cargo configuration. END_OF_DOCUMENT_TOKEN_TO_BE_REPLACED

It was during the first days of spring. Those days when you can finally open the doors and get out the garden furniture, to enjoy sitting outside to catch those first rays of sun of the new summer season. Exactly on that day I got on board a plane to bring me back to the heart of winter. With the fresh spring still in my head I landed at Helsinki airport to catch another plane to get me to the Arctic Circle. Minimum temperature for Rovaniemi was forecasted to be -15°C that evening. Why had the conference organizers picked exactly this remote and cold location? END_OF_DOCUMENT_TOKEN_TO_BE_REPLACED

What is it with people on the side of a river? Is the grass always greener on the other side? The two opposite cities of Gateshead and Newcastle upon Tyne are linked by as many as seven bridges within less than two kilometers. These famous Tyne bridges were once a symbol of British industrial engineering. Now they make great landmarks in a new tourist destination in Northern England, that forever shed its coal dust in favour of science and great nightlife. The bridges still dominate the cityscape, where they carry party goers and football fans from one side of the river to the other. Remnants of a rich industrial past, now functioning as pillars for a rich future. END_OF_DOCUMENT_TOKEN_TO_BE_REPLACED

It takes about an hour to fly from Amsterdam to Newcastle in Northern England. A quick and cost effective trip, especially on one of the lowcost carriers. So why would you even want to consider taking a ferry on this route? A question that DFDS Seaways helped a group of Dutch travelbloggers answer, when travelling to Newcastle upon Tyne for the #Traverse14 travel bloggers conference in February 2014. END_OF_DOCUMENT_TOKEN_TO_BE_REPLACED

It is that time of year again. Or better said, it is that time of 11 years again. This winter marks the solar maximum, at which solar activity is at the highest point in its 11-year cycle. The astrophysics behind this phenomenum is very interesting, but the effects of solar activity here on Earth are much more interesting. At Solar Max the display of Aurora Borealis and Aurora Australis around the Arctic Circles is at its most spectacular. This magical aerial show is on many people’s bucket list, so last year I organized a special Aurora hunting trip for my social media followers, better known as #AuroraTweetup. END_OF_DOCUMENT_TOKEN_TO_BE_REPLACED

River cruising is one of the fastest growing sectors in worldwide tourism, outgrowing even the expanding ocean cruise sector: “River cruise lines are having trouble keeping up with the demand,” says Julie Walsh, the director of marketing for Cruise Travel Outlet, a booking website. “We are booking most of our customers on river cruises for 2014 because space is sold out for 2013.” (Source: Marketwatch) END_OF_DOCUMENT_TOKEN_TO_BE_REPLACED 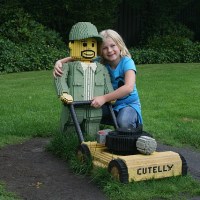 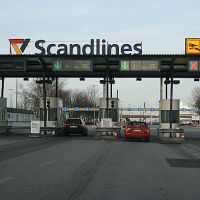 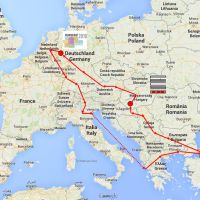 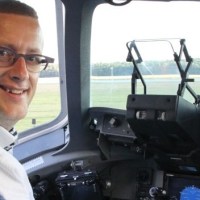 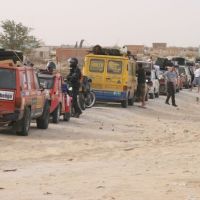 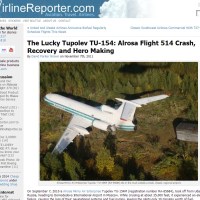 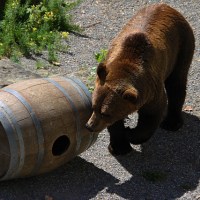